Past “TINT” group exhibition at Gamut Gallery in Minneapolis, MN May 4 – June 7 2019 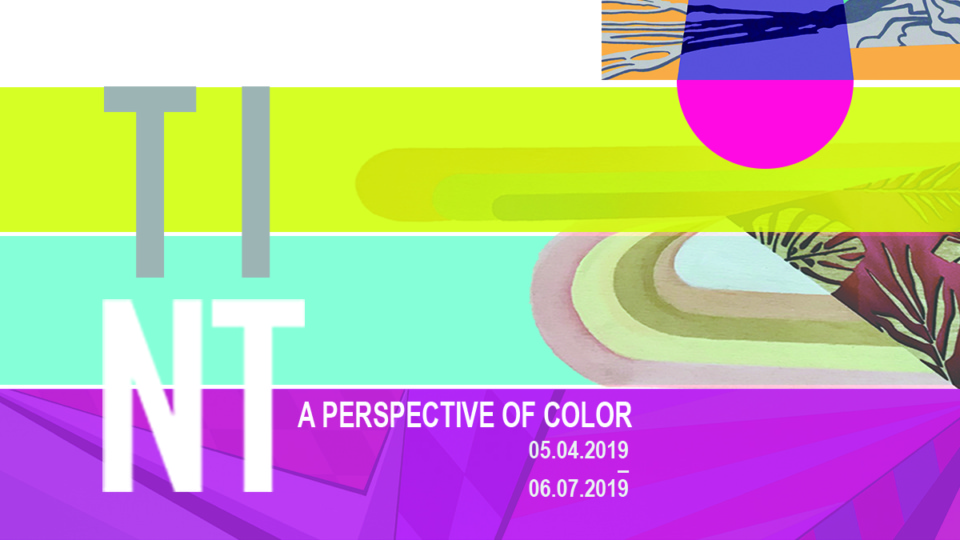 Curator and Artist Neal Breton met Gamut Gallery through blindly submitting and being selected in Gamut’s open Call for Work in fall of 2016. He quickly established a long lasting partnership with the gallery by participating in Sq2 the following year. Breton found the gallery to be an ideal venue for putting together TINT, a group show with color being its unifying thread, a concept he’s been developing for years.

“Any artist worth their salt is always looking for a space where their work becomes economically viable,” Breton says. I want to give something back to the artistic community. I saw what a great gallery Gamut was, and I wanted to share the value of exhibiting here with other artists from around the country.”

When Breton conceived the exhibit, he had something a bit different from the average show in mind. The world has become much smaller in recent years, and Neal’s goal was to bring a broad, worldly perspective in color together under one roof. To accomplish this, Neal and Gamut Gallery Director, Cassie Garner, selected artists approaching color from opposite poles. Half of the artists stick to geometric rules while the other half explores more organic forms. These approaches come together in a field of color to create a juxtaposition of forms that collide in a way that transcends reason and thought, encouraging the viewer to be present and experience the immediacy of the moment.

Garner shared Breton’s goal and proved an ideal accomplice. “We workshopped a list of artists that we both wanted in the exhibit. That was the most fun part—it was like picking our favorite players to be on the team.” The vibrant out-of-state dream team roster includes artist Neal Breton, Monty Montgomery, Bret Brown, Cary Reeder, Human Shaped Animal, Judit Just Anteló, NERS Neonlumberjack, and Nick Wilkinson. Together they produce an exhibit full of textures, salvaged materials, paintings and sculptures that invite the viewer to appreciate the work through their eyes rather than their thoughts.

Neal Breton combines acrylic paint, gouache, and spray painting to create flat, simple fields of color. Starting with a sketch from the book he carries everywhere, Neal creates works that communicate as little as possible through detailed lines; he prefers to let the variance of colors create depth, shadow, and intention. Inspired by the color, flora, and fauna of California, where this native East Coaster landed at a young age, Neal also includes graffiti, early pop art, graphic design, architecture, and California’s strange and beautiful people among his palette of influences. Rather than chasing commercial success, this self-taught artist works with what speaks to him, crafting a series of notions that reflect the joy his creative process.

Monty Montgomery uses his intuition about color and the physical relationships between objects to create an emotional language that connects the viewer with his work, art that reflects his Blue Ridge Mountain roots. Visceral and emotional reactions to daily experiences inform Monty’s work. Since his teen years, he’s expressed his perception of the external world by blending conflicting elements into seamless harmony through color theory, mathematics, and abstraction to create unique geometric style.

After moving to Houston in 1996, Miami, Florida native Cary Reeder spent more than a decade as a graphic artist and typesetter. Her work has been featured in local, regional, and national juried exhibitions, and in solos shows at Mystic Lyon, Galveston Arts Center, Optical Project, and Lawndale Art Center. In 2013 she was awarded an Individual Artist Grant from the Houston Arts Alliance and in 2014 was a Hunting Prize Finalist. Cary has been featured twice in New American Paintings. She teaches at Art League Houston.

After receiving a B.A. in Painting and Digital Design from Bloomsburg University in Pennsylvania, Human Shaped Animal aka ​Rachel Barnes​ packed up her soul and embarked on a journey cross country. After experiencing the West Coast, she became enamored of the region’s ever-changing landscapes and the energy they emanated. She relocated to Santa Cruz, where she dove into life as a mural artist creating large-scale work based on geometric shapes and the natural world, seeking the balance between the two. Rachel’s work integrates live, organic material with bold color schemes.

NERS Neonlumberjack bikes suburban neighborhoods and city streets collecting detritus he uses to create his art. “When was the last time that you picked up something dead? A deceased butterfly, a bone found deep in the woods?” he asks. “Our curiosity is most certainly inviting us to the tactile sensation, the up-close study of the things we are supposed to fear.” His work indulges his own curiosity and love for specimens, and invites viewers to explore that curiosity for themselves. He adds pattern to salvaged materials—wood, bone, stone, feathers, canvas—to create an access point that invites viewers to look, to touch, to hold that bone. Though his work deals with death and the trashing of the planet, he also wants the viewer to experience the joy of the life that was part of the whole experience.

Nick Wilkinson lives and works on California’s Central Coast. Beyond having a full time painting practice, and owning a specialty plant nursery, Nick has been Director of LEFT FIELD Gallery since early 2015. He has also shown his own work in galleries across the country. Notable exhibitions include Body High, a 3-person show at Tiger Versus Asteroid along side Rema Ghuloum and John Mills as well as many other group shows such as: Does It Make a Sound at Ochi Gallery in Ketchum Id, Zing Zam Blunder, Harbinger Projects, Reykjavik, Iceland, Curated By Brian Scott Campbell (2017); From Here, Flourescent Gallery, Knoxville, TN., Curated By Zach Searcy (2016); Out of the Great Wide Open, Museum of Contemporary Art, Santa Barbara, CA. (2015);  Ducks, curated by Ryan Travis Christian, Greenpoint Terminal Gallery, Brooklyn, NY (2014); Thresholds, SLO Museum of Art, SLO, CA. (2013)
Online Purchasing Link: https://gamut-gallery.myshopify.com/collections/tint